1. For each level, the following roles exist for facilitating the contest:

2. All the roles except the tiebreaking judge must be announced in advance before the beginning of the contest.

3. All roles are volunteer roles. No payment of any kind may be received for performing any of these roles.

4. Contest Organizers may offer discounts on the convention ticket price for volunteers performing these roles.

5. During a Convention, different contests may take place. For each individual contest, all of the above roles must be performed by the same people, although they may change between contests, at the Organizers’ discretion.

1. The Contest Leader is in charge of leading the Contest so that it proceeds smoothly and according to the rules.

1. The role of the Contest Timer is to time the participations and provide timing signals to the contestants, as specified in the Contest Timing section.

2. Once the timed part of the contest is finished, the Contest Timer will assist the Meeting Facilitator in summarizing and tabulating the contest results.

1. The role of the contest facilitator is to ensure that:

2. The Contest Facilitator assists the Contest Leader in drawing the order of participation of contestants.

3. The Contest Facilitator gathers information about contestants with disabilities that require special assistance and ensures that they can participate in the contest as per the rules laid out henceforth. The Contest Facilitator informs the Contest  Leader and the Timer of those contestants that will require more time than the standard one for special actions  (such as getting to the stage, preparing the props, etc.)

4. The contest facilitator additionally collects the judges’ ballots after each speech.

5. There may be more than one person with the role of Contest Facilitator simultaneously.

1. The role of the contest photographer is to act as a reporter of the event.

2. During the contest, he/she should take pictures of the contestants at least during the following moments:

3. Additionally, the contest photographer should take:

4. The Contest Photographer must abide by all the rules applicable to event photography.

5. This role is optional for club and city contests and required for contests above those levels.

6. There may be more than one person with the role of Contest Photographer simultaneously.

2. The recording of contestants must be performed from a fixed location with a tripod and must include the full body of the speaker at all times, as well as the backdrop with the Agora logo.

3. This role is required for all contests at state and above level, and optional for those below them.

4. There may be more than one person with the role of Contest Recorder simultaneously.

1. This role will be on standby to replace any of the above roles if needed during the contest.

2. The Contest Leader, with the help of the Contest Facilitator, will proceed as follows:

3. The order will be kept secret.

4. For each turn of the contest, the Contest Leader will instruct the Contest Facilitators to call the next contest participant to the stage.

5. A contestant who is not present in the contestants' area when called on stage, or that - being present - fails to reach the stage within 2 minutes of being called (3 minutes in cases of severe disability) is automatically disqualified.

6. Contestants with disabilities may request assistance for guiding them to the stage.

1. Contestants are free to use any props they consider appropriate during the speech, as long as:

2. Speech props may only be placed within the contestant area demarcation.

3. If the preparation and removal of the props require more than one person, it will be the contestant's responsibility to have such help ready. The contestant must not ask any of the other contest roles for help.

4. Contestants that after finishing their speech fail to properly remove their props within the allotted time will be disqualified.

1. Upon being called to the stage, the contestant has up to 1 minute to prepare himself. The time will be doubled for contestants with special disabilities.

2. Timing of his participation begins when the contestant makes his first utterance or communication gesture, or automatically after he or she has been on the stage for the specified preparation time.

3. Timing is indicated by using four timing signals that have a distinct color and shape (to account for color-blind participants.) 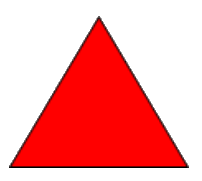 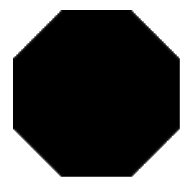 Here are some examples of when the timing signals should be shown, depending on the maximum allowed duration of the participation.

6. The timer must always be located in the first row or equivalent of the contest venue and must be clearly seen from the contest demarcation area.

8. Timing signals must always be placed in the same location in the same way and should be as invisible to the audience and the recorders as possible. Under no circumstances will timing signals be raised above the head level of the timer or produce any loud sound when displayed.

9. At the end of the contest, the timer will provide a written report with the exact timings of each speech contestant to the Contest Leader.

10. Blind contestants may provide the timer with a set of four audible signals, to be used in place of the visual timing signals.
a) The contestant must provide the timer with a playback device (and possibly attached loudspeaker) that has all the four audible signals pre-loaded and preconfigured.
b) The device may not be larger than 25 cm on any of its sides.
c) The recorded sounds may not be offensive or obnoxious.
d) The contestant must instruct the timer, before the start of the contest, on how to playback each of the audible signals. The contestant must play in front of the timer all the timing signals.
e) The device must not require from the timer any other operations other than playing back the signals. In particular, the device must not require turning it on, off, unlocking it, searching for the signals or any similar operations.
f) If the sound signals are recorded sound files, they must be named "Green", "Yellow", "Red" and "Black".
g)  Signals may not be longer than 1 second in duration.
h) The contestant may – at his own responsibility – opt not to use any such device, in which case the timer will use the regular visual signals.

11. Blind and deaf contestants will be allowed to use any auxiliary tactile device they consider necessary for keeping track of the time. This includes the usage of mobile phones or tablets with a vibrating function.

1. Before the beginning of the contest, the Contest Leader will brief all contestants as to which is the allowed participation area.

2. If there is a raised stage in the venue, the participation area will be the whole stage.

3. If there's no raised stage, the participation area will be decided by the Contest Leader and demarcated visually

5. The backdrop of the stage must always include the Agora Speakers International logo, as well as the convention logo and tagline. The logo must be visible slightly above the heads of the contestants.

6. The contest area demarcation must be clear of any third-party objects, including but not limited to:

2. Contestants must remain there until called by a Contest Facilitator

3. After delivering their contest speech, a contestant may sit in any available seat.

1. Contest Photography and recording is allowed and encouraged, provided that the following conditions are met:

2. At no point in time during the participation of a contestant may a photographer or camera operator be located between a contestant and the three rows (reserved for timers and judges), or on stage.

3. Photographers and camera operators that violate the above rules will be noted by the Contest Leader or Contest Facilitator and will be given a warning immediately after the contestant during which the violation occurred has finished.

4. If the rule violation occurs again after being warned, the photographer or camera operator will be escorted out of the contest venue as soon as the contestant has finished.

2. For each contest, if there are more than 5 contestants, the 1st place, 2nd place, and 3rd place winners are announced.

3. If there are 5 or fewer contestants, only the 1st and 2nd place winners are announced.

The flow of each contest will proceed as follows:

After all the contestants have participated: