The Timer, as the name implies, measures and records the timing of all participants, and provides a report at the end.  During their participation, he provides them with three visual signals – green, yellow and red – to inform them of how they’re doing with their timing.

Timing signals are the only indication of time that is given to speakers. It's very important that speakers don't see the actual time they have used or that remains. This is done in order to train speakers to develop a precise "inner sense of time", since in most public speaking venues there is no such indication anyway,  and not even timing signals are present.

Timing thresholds are indicated in each project and should be also written in the agenda so that you don't need to hunt down that information. Here's an example  from an actual meeting

(Of course, the agenda format may vary from club to club)

In the above example, for the General Introduction the timings are 3:00, 4:00 and 5:00, which means that you should show the green signal 3 minutes into the participant's speech, the yellow signal 4 minutes into the speech and the red signal 5 minutes into it. Each signal replaces the previous one, so for example if you're using lights, turn off the green light after the yellow light is turned on. If you're using sheets of paper, make sure that at most one is visible at any time.

You should start timing as soon as the participant starts speaking or makes a significant gesture that can be considered as part of the speech. This means that you shouldn't time while the participant is greeting the Meeting Leader, or while he's waiting for the Meeting Leader to retreat and the applauses to stop. For the Hot Questions section, don't start timing the speaker as soon as the question is asked, since speakers are entitled to some thinking time. Again, wait for the speaker to start speaking or to make a significant gesture that can be considered the beginning of the answer.

Once a signal is shown, it should remain visible. For lights, this means that the light stays on until the next signal, or until the end of the speech. For sheets of paper, it means that you place the sheet of paper in some place that can be clearly seen by the speaker, and leave it there. 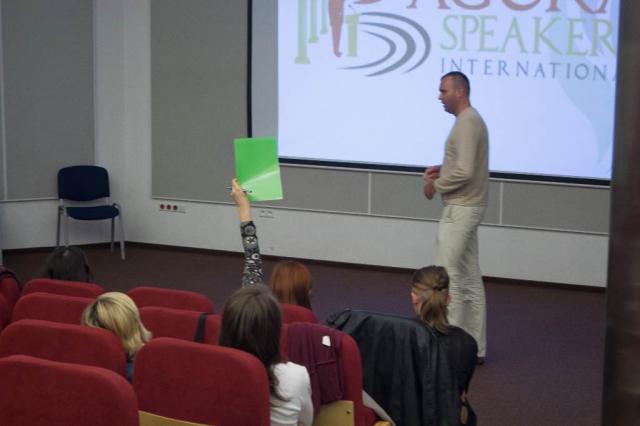 Each club has a different policy on how to deal with overtime, with the basic rule is that at least 30 seconds of grace after the red light are allowed. What happens afterwards is up to the club. Some clubs penalize economically, some clubs advice the timer to start clapping (and the rest of the members join him), to signal the speaker that the speech is over with no extension possible.

For example, you could explain your role in the following way (using a bit of humor):

"Thank you Mr. Meeting Leader. Today I'll be in charge of tracking and reporting your time usage. In today's world, the attention span of people is usually very short. You need to get your message across quickly, precisely and without distractions, or people will automatically switch off their brains and start thinking about what's for dinner.
As you can see on the agenda, each speech has a minimum and maximum allotted time. When the minimum time is passed, I will turn on the green light, which means you're safe. One minute later, I will turn on the yellow light, which should be a signal that you need to wrap up and finish. Once the speech reaches the maximum permitted time, I will turn on the red light, which means basically that enough!, we're fed up with you and please please finish already. If you don't finish after 30 seconds, I will start clapping and I hope the rest of the members join me, and you need to leave the stage".

When signaling the time, do it without distracting the speaker and especially the audience. Preferably, the signal should be visible mainly to the speaker and not to the rest of the people. Especially avoid waving the signal or making any gestures to draw the attention of the speaker : it's each speaker's responsibility to look at you to know how they're doing in the timing department.

In a meeting there can be lots of different parts, each with their own timing, so in general it is recommended to use a template (or the agenda of the meeting itself) in which all the timing information is written down, and where you only need to fill-in the actual timings. Here's an example from an actual meeting: 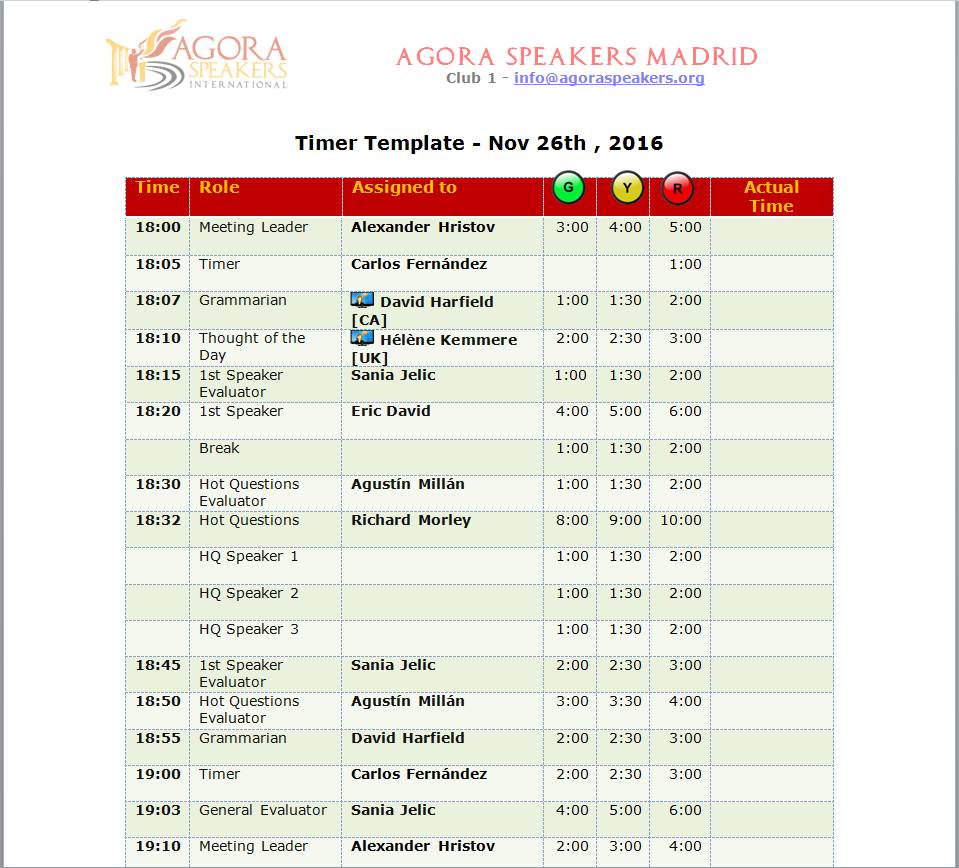 The Meeting Leader can ask you to time other portions of the meeting, such as breaks, pauses for feedback, etc. In this case, there are no signals, merely indicate to the Meeting Leader that the requested time has elapsed.

At the end of the meeting, you will be asked by the Meeting Leader to report on the time. Usually everyone that spoke is interested in knowing their own timing, so don't just say "Everyone was on time. Congratulations!" and then sit down.  Instead, try to report the timing of each person that spoke, including the Hot Questions speakers. Also, try not to make the report as boring as reading a phone directory. Here's an example of what a timer's report could look like:

"Today the timing was great, we only have one big offender. Carlos, our Grammarian, used 1:20 minutes when explaining the role and 2:30 minutes in his report. Well done, Carlos. Peter used 3:30 for his Book of the Day, and he was a millisecond away from being kicked out of the stage, as the allotted time was only 3 minutes. (… continue for each of the participants)."

Timing for people with disabilities

About 8% of the world population suffers from some kind of color-blindness, meaning that they cannot distinguish between two different colors, and about 3% suffers from total blindness or low vision. If your club has such members, you need to adapt the timing signals them.  Unless any of your members is completely blind, though, do not discriminate by use separate signals for members with disabilities . Use the same set of signals for everyone, making sure that those signals are suitable also for people that are color-blind or have low vision.

For people with color blindness or low vision, you need to use signals that differ from each other not only in color, but in some other way (shape is usually a good idea) 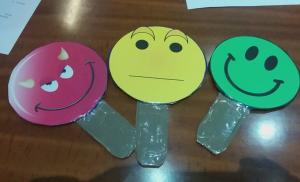 For speakers that are completely blind, you can use sound signals - like a small bell - using 1, 2 and 3 chimes depending on the timing signal you want to convey.