Today We Travel To

Humans are tribal creatures. From an evolutionary perspective, human creatures need the support of a social structure to survive. Human babies have the longest dependent period from their parents from all species, and even after that, Homo Sapiens Sapiens is not particularly skilled at running, climbing or swimming. None of our senses is spectacularly developed. We're drawn to seek our next of kin to form groups that can collectively provide much higher chances of survival - from hunting together bigger prey to efficiently dividing labor to finding potential mates. 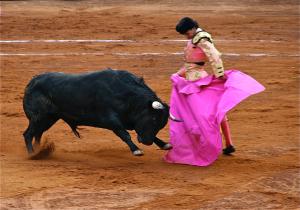 When you fall into the trap of demonization, you can be as easily manipulated as the bulls in the Spanish corridas. (Photo: Francis Heylighen )

In modern days, nothing really has changed. We still experience a strong desire "to belong" to some group. However, this need of belonging, when taken to an extreme turns into what anthropologists call "toxic tribalism" - an adherence so unconditional to one's own group that it becomes unconscious, dogmatic and hostile against any other groups.

When something becomes unconscious or automatic, you're no longer in control of it. You're not examining critically whether what you're reading or being told makes any sense, as long as it matches the group identity. What is worse - your reactions become predictable and thus, you become an easy target for manipulation  - much in the same way a bull can be made to run in any direction by waving in front of him something that he perceives as dangerous.

Demonization is a commonly used technique to fan the flames of toxic tribalism and to move populations to specific behaviors. It consists of attributing an extreme negative generalization to members of a different group. The different group may be geographical (demonizing people in other countries or regions), ethnical (demonizing specific races), religious (demonizing members of a particular religion), etc. You can see many examples of dehumanization in the opening picture of this activity.

Sometimes the demonization starts with an easier target - such as a leader or a visible representative of the selected target group. In words of the Cato Institute:

"Once you start demonizing a president or leader of a country you are permanently embedding ideologically-driven dehumanization into the heart and minds of Americans and justifying any future acts of violence against that country and her people."

Despite its bluntness, it's usually very effective due to the vivid images that it creates in the audience, and because it creates a sense of threat against the groups that an individual holds so dear. Once enough fear or hate is instilled into him, he may be commanded to do things way beyond what he would willingly do in normal life, even up to the point of killing others or sacrificing his own life.

Hermann Göring one of the most prominent leaders of the Nazi party, founder of the Gestapo and the head of the German Air Force (the Luftwaffe) illustrated this perfectly with the following statement during the Nuremberg War Crimes Trials:

Why, of course, the people don't want war. Why would some poor slob on a farm want to risk his life in a war when the best that he can get out of it is to come back to his farm in one piece? Naturally, the common people don't want war; neither in Russia nor in England nor in America, nor for that matter in Germany. That is understood.
But, after all, it is the leaders of the country who determine the policy and it is always a simple matter to drag the people along, whether it is a democracy or a fascist dictatorship or a Parliament or a Communist dictatorship.
The people can always be brought to the bidding of the leaders. That is easy. All you have to do is tell them they are being attacked and denounce the pacifists for lack of patriotism and exposing the country to danger. It works the same way in any country.

Although demonization of other groups and their leaders has existed since the dawn of history, in recent times it has become widespread, aided by the virality of social media. Amnesty International in 2016-2017 issued a report warning against the dangers of such tactics.

People that use demonization of groups do so for basically two reasons:

Toxic tribalism can be fought in relatively simple ways:

In the meeting section "We Travel To..." you will need to do two things:

1 Be attentive and observant to detect signs of demonization around you - either in social media, in friends' comments, TV, newspapers, etc, and to determine which is the collective being demonized. Maybe even you yourself engage in that kind of behavior?. It's important for this activity that the demonization must be happening in your context, not somewhere else or theoretically. If you live in Sweden, don't talk about how Africans are demonized in Spain. Probably you have much closer collectives.

In many countries, you won't need to make a lot of effort to do so. Russia and the US traditionally demonize each other in their respective spheres of influence. The same can be said about the political actors in the Middle East. China vs Japan is another "traditional". In fact, it's easy to find on the Internet tongue-in-cheek (but also serious) maps  of "who hates what" such as this map of "hate in Europe": 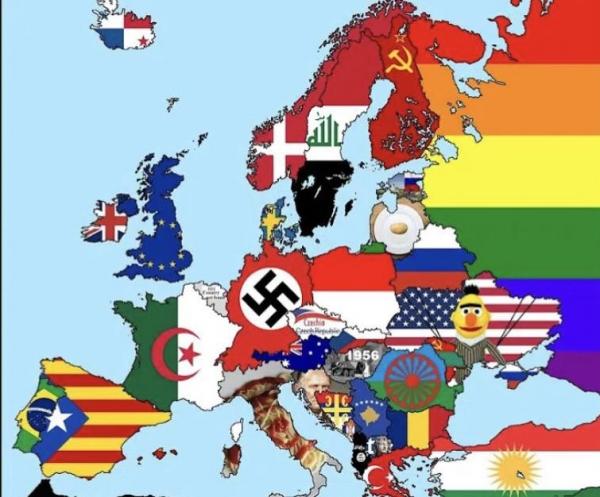 2 Once you've identified a demonized collective, your goal is to research that collective and present a 3 to 5-minute speech illustrating something positive about them that has drawn your attention.

The speech should be entirely focused on the positive aspects that you have discovered. These can be anything you can find: from folklore to cuisine, from customs to architecture, from traditions to art, from a historic event to advances in science by members of that collective. The speech should be informative and factual, not persuasive. You're not trying to persuade anyone about anything - merely shed a positive light on an otherwise ostracized collective. It's also critically important that you actually like what you're talking about. Don't talk about things that "are good in theory" or "everybody should like" - talk about the ones you personally do.

The speech should not:

If you do any of the above, you will only create resistance that defeats the goal of the activity.

The title of the speech should be based on "Today we travel to... ". For example:

The project is evaluated according to the attached evaluation card. 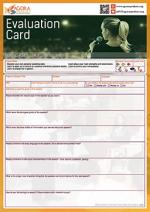