Our Logo and Name 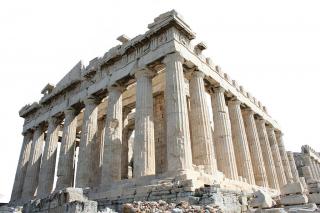 The city-state of Athens is widely regarded as the birthplace of democracy, and the Ancient Agora of Athens is considered the best example of the ancient Greek agora. In the Greek cities, those were the center of the artistic, political and spiritual life of the city. All citizens could gather there to hear their politicians and orators speak, and discuss all aspects of city life.. From this word comes the modern Greek ἀγορεύω - to give a speech, make a declamation.

Greece is also considered the birthplace of classical rhetoric - harboring also the first schools that studied it and practiced it systematically. In fact, all modern-day public speaking practice can be traced back to these original schools.

The logo pays homage to this heritage, and represents everything we want for this organization. Open, democratic, passionate and purposeful.

It is made up of four elements:

Agora was officially born on August 21, 2016, with the following announcement on Facebook: 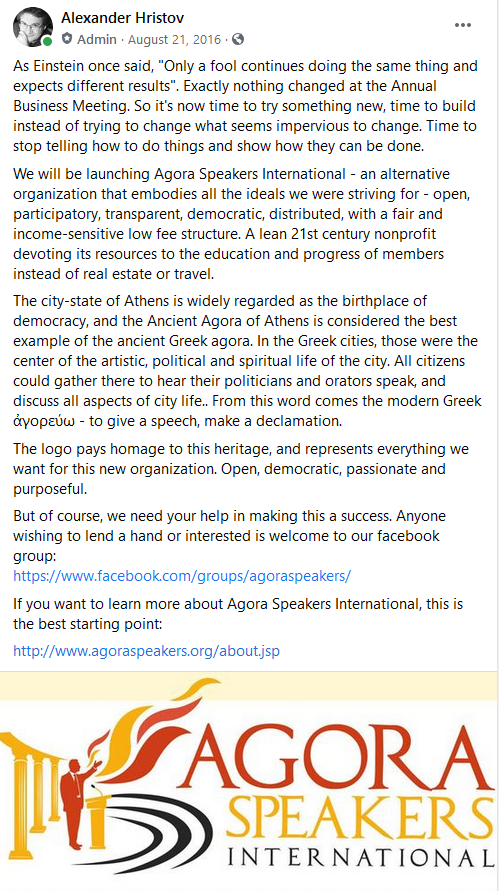